The Province of British Columbia (BC) 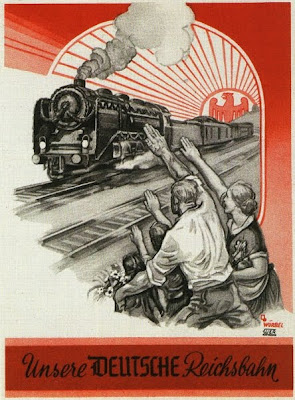 
When it comes to B.C. Crown Corporations, the taxpayer abuse just never ends.

One of the BC Liberal party's 2001 New Era promises was not to sell or privatize BC Rail. To appear to keep that promise after leasing out the rail part of the railroad to CN Rail, the government maintained a high-cost executive. This illusion costs taxpayers an estimated $10 million over the past six years. B.C. taxpayers have paid big to maintain the myth that BC Rail was never sold.

The BC Rail CEO made almost half a million dollars in 2008. He was making even more before the government got tough and cut his bonus and took away his lunch and golf club memberships.

A few months ago, the government finally said they'd wind down BC Rail. Now, after relaxing at the trough all these years taxpayers still gets stuck with a CEO severance payment of $393,000.

Average taxpaying families with children, making about $85,000 per year, are forced to fund these bureaucrat bonanzas.

But it should come as no surprise that our governing class has lost touch with taxpayers' ability to fund these pay jackpots. B.C. politicians gave themselves a 30 per cent pay increase and brought back gold-plated pensions for themselves, so have little moral authority to hold down the excessive pay and perk demands of public sector workers, at any level of the bureaucracy.

Somebody wrote a rebuttal:

BC Mary said...
To Maureen Bader, BCRail even in its current state, is a priceless asset for the province to hold. This is not to say that the 4 executives need or deserve their high salaries; not at all. But that isn't the real story. Let's remember that BC Rail holds, for starters, the BCR-CN lease which means that if CN defaults (which it has done, in my opinion), BCR re-possesses its operating railway system. That's #1. And that's huge. But also, BCRail owns the Roberts Bank port and the 40 km. of connecting track. BC Rail owns something like 2,500 valuable parcels of real estate adjoining towns and villages from North Vancouver (waterfront, even!) to Fort Nelson. There's more. Much more. But this is enough to warrant speaking TRUTH TO POWER ... and to illustrate the high value of BCRail even in its present form which, by the latest Campbell decree, is being treated like garbage ... to be swept under the carpet in the Ministry of Transportation ... the very Ministry which botched the giveaway of Canada's 3rd largest railway in the first place!
""""""""""""""""""""""""""""""""""""""""""""""""""""

Comments:
Does anyone wonder if the BCR executive compensation was hush money or an anomaly that slipped through the cracks? Well, examine the salary history of these 'public servants'. The issue of excessive compensation has been raised repeatedly. The following was in my blog last year:

This modest decline compares with an overall reduction in BCRC operating expenses of 34%. In other words, executive costs rose steeply in proportion to other costs, despite government promises to rein in excesses.

CEO Kevin Mahoney, had his BCRC salary reduction cushioned somewhat because he also served as Chair of the B.C. Transit Board of Directors where he added $19,421 in remuneration and expenses.

Excellent reply Mary! We must keep our ears and eyes open. This isn't over yet !!

Many thanks for this, Norman.

I know that Mary really hates it when we go off topic.

And she is right to do so.

However, there is a story brewing about this Casino complex deal that, in my opinion at least, appears to have a number of eerie parallels to the BC Rail deal.

Details can be found at my place here.

I have said all along that organizations like CanWest/Global and CTV were the propaganda arm of the BC Liberals, and this statement by BC cabinet minister Kevin Krueger certainly illustrates the media-messages of the Olympics to BC masses were a product of the Campbell Evil Empire.

Hey check this out in the Tyee:

Stikeman Elliott partner sits on Hydro board; another a major player in Finavera Renewables.

By Will McMartin, Today, TheTyee.ca

I can't help but wonder what Vaughan Palmer's column read like when a certain other casino deal, or alleged deal, made the so-called news. Did he let Glen Clark off by intoning "bad judgement", or saying the Liberals were giving him the benefit of the doubt? ROTFL huh? And how much was that alleged casino deal with - $40,000, that was entirely fictional on the media's part? Or the millions at stake in this one.

CanWest journalists are hypocrites from top to bottom, mostly bottom (as in feeding and licking).