Is there a Pilothouse on Pender? 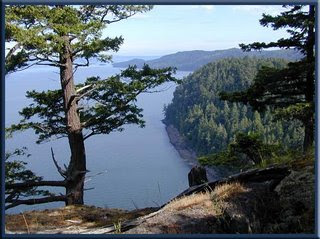 
The informant (RCMP Cpl Andrew Cowan) says that indictable offences have been committed, namely, THAT, on or between April 01, 2002 and December 31, 2003, at or near Victoria, British Columbia, Udhe Singh BASI, being an official, specifically a Ministerial Assistant for the Minister of Finance, Provincial Government of British Columbia, did accept from Brian KIERAN, for himself a benefit, to wit: receiving of monies in connection with a matter of business relating to the government, contrary to Section 121(l)(a) of the Criminal Code of Canada.

Search Warrant, Sworn Before A Justice of The Supreme Court of British Columbia, Oct. 2004 Released to Public, Apr 03, 2006 (pdf)


"....out of respect for the integrity of the legal process, I will make no comments about the case prior to my appearance as a witness for the Crown.''


Brian Kieran, who just last week handed the mantle of senior partner (of K&E) to Jamie Elmhirst, will be - for all intents and purposes - retiring to Pender Island.
Public Eye Online, Apr 06, 2006.


Wow, things sure have a way of moving fast when a little light finally shines in, [writes RossK on Pacific Gazette].

Regardless, that must be some Gulag, that Gulf Island Archipeligo.