Railgate, A to Z by Bill Tieleman

Five years after the legislature raid, a who's who guide to BC's biggest political scandal.

Don't miss it. In fact, I'll be printing out Bill's summary and referring to it often as the BC Rail Trial Encyclopedia. All those media monitors, lawyers, lobbyists, the accused, the politicians, the media, and even BC Mary are listed. Let's hope we need to refer to it often, very soon. See the full story here.

Gordon CAMPBELL. B.C. premier, probable witness. It was Campbell's grand plan to privatize B.C. Rail that set in motion a scandal still careening down an uncertain track that could end in a political train wreck.
No one has more at stake in the B.C legislature raid than Campbell and the accused. 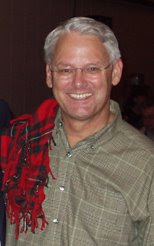 Many of Campbell's top cabinet ministers, political staff and bureaucrats are all alleged by the defence to have had varying roles in the case -- and a full trial would expose secrets that must make the premier sleepless at night.
Campbell's biggest fear -- release in court of all the various wiretaps on David Basi, Bob Virk and other key players that would paint a devastating picture of not only the B.C. Rail sale but potentially of a government with less scruples than the Richard Nixon White House as revealed by Nixon's own tapes.
The best case scenario for Campbell is that the case is dismissed without coming to trial, due to either defence success at having it thrown out of court for procedural abuses -- which it will be trying to do -- or if special prosecutor Bill Berardino loses his Supreme Court of Canada appeal in April 2009 on the secret witness issue and announces that the prosecution can't continue as a result.

Comments:
I find it astonishing and somewhat disturbing that Mr. Tieleman's A-Z list does not include the name of Jasmohan Bains, whose illegal activities triggered the whole investigation. For some reason, Mr. Tieleman doesn't want to acknowledge Bains involvement in any of his writings.

I've just been over at Bill's blog suggesting two names for his "Encyclopedia":

So why don't you add your suggestion about Bains at Bill's place too. I think he'll appreciate it.

Just out of curiousity I decided to check out, not only who the author was but what other articles that he has written. It turns out that what has been said all along here, that the big news media is not paying any attention to the goings on regarding the BC Liberals, is true.

If you want the news you have to go to the Editor at the Daily News Nanaimo!

Using Walter Cordery at Google comes up with these hits.

.
OK, Grumps, if you insist ... I saw that article and groaned with the sheer boredom of seeing the same old facts paraded again ... and decided not to bother with it.

Just curious: did you actually read it?

I mean, there's a process here - where you can see/hear something over and over and over until it loses all meaning except for the growing disgust for the message and a person wants to yell "MAKE IT STOP!! GO AWAY, SHUT UP!"

... and you know what? I bet they will stop. They will be only too happy to make it go away.

Maybe I've gone a little bit nuts after 2 years going on 3 years of this stuff ... maybe it's a good thing that CanWest presses AUTO-PILOT and re-gifts us once again with old familiar phrases ... hey, maybe it will become a Christmas-in-B.C. Tradition ... but

Yeah ... I saw it in Nanaimo Daily News, because I got it via a Google Alert.

But I still think it's a major cop-out on the part of CanWest which can pat itself on the back for its "coverage" but which isn't publishing a doggone syllable that's new.

Except: look again at the headline. Could that be a clue to where CanWest is going to start leading their readers?

You may remember that I posted a comment on Bill Tieleman's website regarding the background on Bill Berardino's appeal to the Supreme Court of Canada. I had spoken to a number of lawyers who have had argued successfully at the SCC and had given me the background on the timing of filings etc...This lead to my conclusion that Bill Berardino could have had the appeal date in Feb 2009. I have no doubt that the April date was agreed to by Berardino so that Bill would have been able to distance himself from the fallout of the trial during the upcoming provincial election.

You had posted my comment on your blog, which I appreciated.

I now have more information about the televised proceeding and rules by which the SCC conducts the hearing. I am awaiting one final confirmation from a lawyer back east who can confirm my information.

I hope that you will find my research helpful and truthful. Unlike Bill Tieleman, I do not take the word of Bill Berardino as gospel. Bill stated that there is no chance that the hearing would be televised. I believe that Bill Tieleman has been misinformed or intentionally mislead by members of the prosecution team who have worked hard to muddy the waters of this case for the last 5 years. The lack of transparency and accountability from the Office of the Special Prosecutor has been a disgrace.

My information about the rules around televised proceedings will be music to your ears as we enter Year 6 of the Legislature Raid saga.

Many thanks ... we'll certainly be on the alert for anything further you may find out.

Others appreciate your contributions, too.

It's great to realize that we will be able to observe the Supreme Court of Canada's one-day hearing when it does happen. Watching it on TV seems so fundamental to a fully informed democracy.

In a trial like BC Rail which concerns every citizen and every sector of B.C., I think that televising the BC Supreme Court Basi Virk trial is equally important. But each request I have written has gone unanswered.

Then there is the Vancouver Sun editor married to the - through this period - head of the BC Public Affairs Bureau, and now deputy minister inter-governmental affairs.

Now you may wonder what this story has to do with the BC Rail trial of Basi/Virk/Basi, however, with our BC prosecutor heading off to Ottawa to defend the rights of his secret (informer) witness to remain secret.... does anyone know for sure if this delay of justice is nothing more than another "charade" as stated in the Globe and Mail story?

Just how "essential" is it for this trial be delayed?